I Left My Heart in San Francisco

I left my heart in San Francisco
High on a hill, it calls to me
To be where little cable cars climb halfway to the stars
The morning fog may chill the air, I don't care
-Tony Bennett 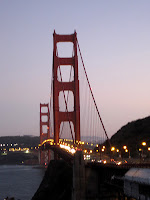 San Francisco is a city with a million stories to tell.
And here’s one that happened this Valentine’s Day.

Say hello to Barbara and Carlos. Living in the East Bay, they came up with a plan to make a little romance happen. They decided to celebrate their Valentine’s Day in San Francisco. A drive over the Bay Bridge with its stunning view. A walk on the iconic Golden Gate Bridge. To be followed with a classy dinner later that evening in the City by the Bay.
This Valentine’s Day celebration had romance written all over it.
And it almost happened.
Arriving at the bridge, Barbara saw a black camera bag lying in the parking lot. With tourists moving all about the lot she chose to stand watch over the bag. There was no apparent owner in sight, but maybe one would remember their bag and return.
So Barbara and Carlos decided to wait.
And wait they did for over 45 minutes.  But still no owner. Maybe a clue to the owner’s identity was inside the camera bag.
So Barbara decided to take a peek.
She first found a camera lens. Then credit cards. Then miscellaneous papers. And then she saw the envelope. Stuffed.  Stuffed with cash.
$11,060.42 in cash to be exact.
“I got nervous at first, it could be drug money," Dolores said. "I was scared."
(Hey, I've seen No Country for Old Men.)
After some consideration, Barbara and Carlos decided it was time to turn in the camera bag to the Police.With the help of the credit cards,

Police detectives traced the camera bag to a Chinese tourist visiting the city. You can imagine how out loud happy he was. The tourist, Mark, who didn't want his last name used, said he was scheduled to return to China the following day. Mark said that the camera bag contained cash belonging to several families who had traveled to San Francisco together. Mark thought that the camera bag was mistakenly left in the parking lot after taking family photos.
I’m guessing that won’t happen again. 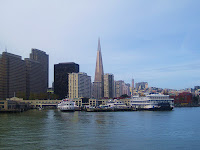 And Barbara and Carlos?
They got a few photos. Spent hours making a police report. Hit rush hour traffic heading back home. And grabbed their Valentine’s Day meal at the McDonald's nearby the Police Station.
Barbara could only say, "So my heart is rested now because the people got their money and their bag."

Hi Mario!
Thanks for visiting my blog amd leaving a comment. Nice story, it brought back good memories from when my husband and I visited SF.
I love it when strangers are so kind. :)

Las Vegas is like that too - many stories to tell.

Hi Evi! Thanks for visiting and following. I love when strangers are kind, too. In fact I like it when anyone is kind. And yes, SF is a fun place to visit.

Hi Peaches. Thanks for following. Yes, I imagine Las Vegas has it's fair share of stories, too!