Food Stains and the Golden Gate 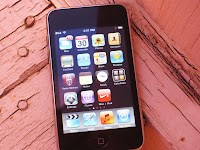 You’ll find them on our clothes. And you’ll especially find them on our aprons. Each of those food stains records a moment where we were engaged with our meal, either in the preparation of it or in the consuming of it. Maybe both. Savoring flavors and enjoying a moment. The best of my moments were those I shared with others. Like when I sometimes bake biscotti with my grandchildren creating a finger licking mess.

For me, the best food stories are like food stains. They make memories that stain the apron of my brain. Memories that mark a moment for me. I call them Mangia Moments.
Here’s two:

So it’s the Eve of Christmas Eve and about 5 of us are standing around the kitchen island talking. Light chatter as I recall. There on the island counter sits a plate of apples. Part of the holiday treats set out to eat. All of us are adults except one, he is my three year old grandson. He can’t reach the island counter where we are so he’s standing on a stool to achieve some parity. He’s just standing there quietly, perched and balanced waiting for a moment. At a momentary pause in the conversation the boy asks,
“Can I have an IPod?”

Our pause now extends to silence. We all look at each other. Is he declaring his Christmas wish list? I thought 3 year olds played with Tonka Trucks or My Pillow Pets or Lincoln Logs or something. But an IPod?
“Can I have an IPod?” he asks again. This time his face scrunches. He’s asked nicely and no adult has responded. What’s wrong with us?

His eyes shift to the plate of fruit and back to our faces.
And it dawns on us. He’s asking for an apple. Sometimes the language of food and electronics blurs.
IPeg your pardon, young man; I’m a little slow. 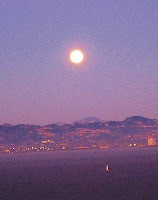 Another Mangia Moment took place on the San Francisco Golden Gate Bridge one evening. My wife and I stopped at the Bridge to watch the full moon rise. Crazy beautiful. Yes there are romantic streaks in me. Plus my wife suggested it. While there, I overheard other visitors speak in Italian. I turned to see a man and a woman who I engaged in conversation. I speak a little Italian. He introduced his mother, I my wife. The conversation turned to food of course; a subject close to all our stomachs. We asked if they had eaten Italian food here and they commented that in their opinion Americans didn’t know how to make real, authentic Italian meals. Our new acquaintance mentioned the large number of fast food places here, he not being a big fan of such food. We asked if they had discovered Mexican food, that being a State specialty here in California. Then in animated voices they declared that yes, they loved Taco Bell. Ha ha. I get that. I too am a Taco Bellite. Give me two Chalupa Supremes filled with seasoned ground beef, sour cream and mozzarella cheese and I’m a happy boy. Does the Mozzarella cheese make the Chalupa part Italian? My father is probably turning over in his grave right now because I’m using Taco Bell and Mexican food in the same sentence.
Just a few days later I’m actually at Taco Bell eating “guess what?” Two ladies come in; Japanese tourists. They and the cashier were all struggling with each other’s English but they finally communicated their order. When they began their meal, they looked up smiling at the few of us in the restaurant and gave a “thumbs up” declaring in their limited English, “Taco Bell, very good!” 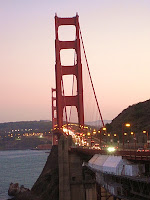 Maybe Secretary of State Clinton ought to make Taco Bell the official caterer of all State Dinners. Something is definitely happening outside the bun. Incidentally, that Italian gentleman is now a friend and a reader of this blog. Buon Capodanno mio amico.
So as I close, let’s time travel together. I’m writing this entry in the last hours of 2010. I’m sorting through the words bouncing in my head. Plucking them out of the ample space up there and pressing computer keys to see them appear on my screen. I am literally hours from the New Year. They however, will probably not find their way to you until 2011. Kinda crazy, isn’t it?
But here’s my 2010 thought I want you to take into 2011.
Embrace Food stains. In fact, make them. Make a lot of them. They may become a Mangia Moment for you. Savor great flavors and new foods. But better, savor them with someone and mark that moment.
Now go explore!
Happy New Year all!
Posted by mangiawithmario at 10:23 AM

great post mario! loved your stories. happy new year to you too:)
p.s. santa brought colby an ipod touch and he's only 5!

I wish there were IPods when I was five!!! Happy New Years! And get Colby 'Angry Birds' for the IPod. You'll all love it!

Wow you have a really cool blog, nice post!

I am following you and will continue to check back daily!

Mario, Tusen takk for your support, i call you the piano man, i don't know why, you remind me of that song.I like what you do, and you speak very clearly of family and friends. I like that, Skol fra Norge.
Skjerstad.

What a sweet story! iPod! how funny?! So many great memories have food involved :)

Mario, indeed nice blog. Your postings are very interesting. I enjoy my time with my family, leaving stain of love in each others' hearts.
Ipod...?, my kids longed for IPads.

Thanks again for visiting my blog.