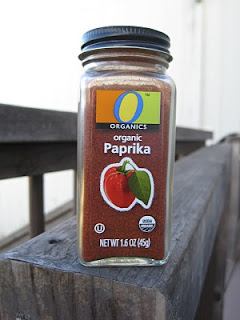 Ah, the refrigerator; our friend. Where else can one rummage through crowded shelves and packed back alleys of a refrigerated box to discover the uneaten but still edible remains of dinners past? A skilled hand and a creative mind can make wondrous meals form the treasures found within. Who cares if it has a green spore or two?
Today we have leftovers; tasty tidbits of information and a story that were originally intended for previous postings but didn’t quite make it. So they were put on the shelf and kept chilled until today. No green spores and still quite edible. Enjoy!

Here’s my story. And the facts are all true.
So my wife and I stayed over for a few days at our daughter’s house to help out with the grandkids. It’s the A.M. and my wife goes into our grandson’s room to wake him up. He’s got classes to get to, teachers to see. You remember the drill.
“Buddy, it’s time to get up and get ready for school.”
He turns over and rubs his eyes.
“Can I make you some breakfast?” she asks.
“Sure Nana”, he says, slowly joining to the world of the living.
“What would you like; pancakes, cereal or toast?” she asks.
“Well, can you make me a breakfast burrito?” he asks back.
“A breakfast burrito? Of course! What would you like in it?”
Our grandson stretches, rubs his eyes again, considering that question.
“Uh, how about eggs and cheese and some ham and…some chopped chives if you have them....”
He pauses, trying to recall some last ingredient.
“…and a little paprika!”

Paprika? Did I mention that he’s six?
I think I first discovered Paprika last year! Has the Food Channel supplanted Sponge Bob Square Pants? What happened to salt, pepper and a little Tabasco?
Did I mention he’s six?
Oh yeah, I did.

And speaking of fine foods just a little outside the burrito, let’s talk ‘bout burgers and doughnuts. Take a great doughnut, sizzling bacon and a grilled burger and what do you have? The Krispy Kreme Bacon Cheeseburger. Now don’t be so quick to write this one off. Skeptics who have tried these wonders say it’s a burger so perfect; it’s like the dream marriage of fast foods.

The Krispy Kreme original glazed doughnut is first halved. Then the cut sides are grilled and become the outside of the sandwich. And then when the flavors from the sugary glaze, salty bacon and grilled meat all meet into one; WOWZA! Your taste buds will be doing somersaults and be begging for more.

Right now you can mostly just get them at regional fairs and a couple of ball parks across the country. But a major restaurant chain is thinking of buying rights to serve them in their stores. Hope it’s within walking distance of a hospital. I’ve not had one yet, but I am willing to try it and when I do I will let you know what I think.

Did I mention that for an extra buck they’ll serve you an order of chocolate-covered bacon? Now that sounds dangerous.

Okay, I’ve got to scoot and get to the supermarket. We’re running a little low on Paprika. Never know who might stop by.

Now go explore.
Posted by mangiawithmario at 10:10 AM

Nice blog!
That bottle of organic paprika looks so tempting! Drop on by at rawgirlinmumbai.blogspot.com